I love Blog Blitz! It’s like a dash to the finish. 🙂 And I’m totally lovin’ this cover. 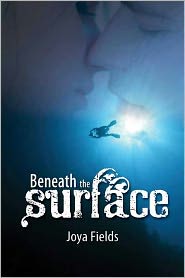 Brooke Richards survived the earthquake that took her parents and most of her leg, but she needs time to regroup. A trip to Florida for a state-of-the-art prosthesis and to visit her best friend Linda seems ideal. But the trip turns traumatic when Brooke witnesses Linda’s boat disintegrating in a fiery explosion.

Police Officer Garrett Ciavello believes the blast was intentionally set to hide something Linda found on a dive. When Brooke offers her expertise in underwater archeology, Garrett accepts her help with the investigation. But since his fiancée’s death years ago, Garrett has become overprotective, and as they are drawn to each other, Garrett realizes he will risk anything to keep Brooke safe.

Brooke is fiercely independent. Garrett is fiercely protective. Will they heal each other’s wounds and find a killer…before it’s too late?

For the first time since the accident, Brooke forgot about her leg. Forgot about all she’d lost and focused on the way Garrett made her feel.

She knew she needed to stop him. She should find a way to resist the temptation to be with him. But for a few minutes, she could enjoy the taste of him, the feel of him, couldn’t she?

He dropped his hands to her waist and softened the kiss before trailing a line of kisses down her neck. A weak cry slipped from her mouth. “Garrett,” she whispered.

She should stop this now before it got any more intense.

He lifted her chin and forced her to meet his brown eyes, smoky with desire. Heat spiraled to her middle and she caught a whiff of his sawdust scent.

“I…I can walk you back to your own room before I head to mine.” His voice broke as he whispered.

She swallowed hard. She couldn’t do this right now with him. Too many obstacles stood in their way. But as she looked in his somber eyes, she realized none of those complications were bigger than her need for Garrett.

“Let’s go to your room,” she said, her voice shaking. She moved her hands inside his shirt and ran them over his tight abs and chest. Heat soared through her body at the feel of him. “Together…”

Joya Fields has had over 100 stories and articles published in local and national magazines and her debut novel, BENEATH THE SURFACE, a romantic suspense, released in January, 2012. LOVE DELIVERED, a contemporary romance, is also now available.
Over the years, Joya has taught arts and crafts, worked in public relations, owned a daycare center, helped her children raise prize-winning 4-H livestock, competed in three marathons, and even spent a year as a Baltimore Colts cheerleader. Joya loves spending time with her high school sweetheart/husband of over twenty years, two very supportive children, and a pug who follows her everywhere. www.joyafields.com

This is a Half-year Birthday Celebration for Beneath the Surface.

Joya Fields is giving away an ecopy of the book, along with Beneath the Surface Romance Trading Cards and a signed bookmark to one commenter at each blog (10)

TO ENTER: Leave a comment along with your email.

Don’t Miss the Other Stops!

0 thoughts on “Beneath the Surface Blog Tour + Giveaway”