Steve left an encouraging comment to me the other day. It really got me thinking. So his comment.

Hey Reena – you are a writer. An editor too, but a writer first off. Just because you’ve not written anything for a while doesn’t change that even one little tiny smidgen of an iota.

I worked in the media for a number of years because I thought it would help me to be a “proper writer” that is, a novelist. I was wrong. As you say,work just sucked out the energy. But I learned a lot about writing and when I chucked it and started writing fiction, it was a great help.

Anyway the point is that you never know what the future will bring. You have a great attitude about writing, and about life – so say I.

Hope the NatNoMo goes just exactly as you would wish.

For awhile now, I’ve had the idea in my head that writers write. Anyone with a published piece of work could be an author indefinitely, but writing was a status you had to constantly do to achieve. I still believe that… writers write.

Steve said, “Hey Reena — you are a writer.”  I have to admit, it gave me a boost. However, I also had to ask myself, if I’m a writer… what the heck was I doing not writing? Haha

I thought of my unrealistic goal of knocking out a short story each week. That was the goal I made last week. I make all sorts of lofty goals I’ll never accomplish. That’s just me. 🙂 And to be honest… it’s difficult to even get started on an unrealistic goal because it’s like trying to eat an elephant in one sitting.

Yesterday, I woke up thinking about my muse… and where it had gone. I thought about how ideas used to float to me in the shower. How I’d dream of plots and scenes to write the next day. Now… I don’t know where that creativity has gone. It’s kind of like going to school. As long as you keep going, your brain stays fresh and ready to work. Take a few decades off and it’s a struggle to get back into the game. HOWEVER… it only takes a few weeks/months for the brain to reboot and get in the learning mode.

I think writing is the same way (or so I hope).

I’m all over the place here. I guess that’s why it’s called rambling. Let’s get back to writers write. Instead of the elephant of a goal of writing a short story each week, I can begin by writing a little every day… something that doesn’t overwhelm me. It brought to mind I Loved You First.

I believe I was about half-way into writing the novel. It’d been on the side burner for awhile. Then I came across this group whichhad a daily goal of writing 100 words. I did some calculations and realized if I wrote 100 words a day, I’d have the book finished in about 6 months. What was great about the 100 words was it was outside of my current writing project. In my mind, it’d be a way to complete one extra book that year, which might never have been completed. Thank you for your words of encouragement, Steve. I’m writing again.

Out of the dusty closet, I’ve pulled out a contemporary work called “The Sun Still Rises.” The word count is about 12K at the moment. It’s been a while since I’ve worked on it, so I’m not really sure where it’ll lead. At the moment, I envision it being a novelette. I’m thinking, I’ll probably double the word count… hit somewhere around 25K.

It’ll take me about 4 months to finish it if I write 100 words a day. So!!! Hopefully, I’ll have the first draft wrapped up by thetime I hit NaNo. Yes, yes… I know NaNo is only 3 1/2 months away. However, there will be days I write more than 100 words. The goal is to write 100 words a day… no days off. I did that with I Loved You First. I can do it again. After all, 100 words only takes about 15 minutes of my time. Certainly I can spare 15 minutes a day to reboot my writing brain. 🙂

Anyway… I’ve had this cover for a while. What do you think?

Half a month left until National Novel Writing Month 2013 starts. I’ve been in a writing slum for about a year now. In fact, I don’t think I’ve made any serious progress with my writing career since last NaNoWriMo. I’ve been doing a lot of lip service lately, talking about finishing the edits on Chasing Shadows but not doing anything with it. I’d even announced my plans to complete the edits by November. At this rate, I doubt that’s going to happen. 🙂

For a while now, I’ve been toying with NOT participating in NaNoWriMo this year. Like I said… I’ve lacked motivation all around. Tuesday was the first day I’ve actually thought I might give it a try. The first day I seriously thought to myself, I don’t have a story idea. 🙂

A few years back, I started a story about a witch named Trinity. Some of you might remember her short appearance at the end of I Loved You First. I wrote a pretty hefty chuck of book one (Trinity’s Awakening), but it being one of my first ventures into writing, it wasn’t all that great. The story line is descent… but it needs A LOT of work in terms of style and bringing the work to life. Well, I know where Trinity’s Awakening ends, and I have an awesome ending for the book  two cooked up.

What I’m thinking is doing the same thing I did with the Striped Ones series and just knock out book two out of order. Not sure how many people realize this, but I actually wrote book 3 of the Striped Ones series during NaNoWriMo 2010, before I’d written book 2 (Chasing Shadows). Pretty sweet deal if I ever finish editing Chasing Shadows… Book 3 is already written and ready for editing. 🙂

Same thing would go for Trinity’s Destiny. I can get book 2 (Trinity’s Descent) out of the way, then return for an overhaul on book 1 (Trinity’s Awakening). Maybe NaNoWriMo 2014 will be the first draft of book 3 (Trinity’s Redemption).

So that’s what I’m thinking right now. If my motivation continues to increase over the next week or so, I see myself preparing an outline for November.

That’s where I am these days.

One giveaway ends, another begins. Woot! Head over to Live to Read and enter to win a copy of I Loved You First. While you’re there cruising her blog, take some time to check out Krystal’s review. 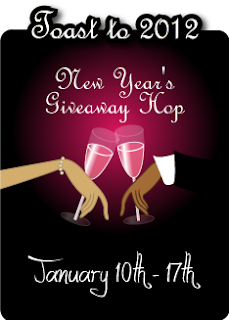 And if you haven’t entered the Books R Us giveaway, today’s the last day to get in your entries.

I took last week off from Twitter, which happens to be a HUGE time sink for me. It’s still hard to believe twitter went on without me–folks tweeting and sharing news like they don’t care I’m gone. What gives people? When I stop the world and get off, everything should be at a standstill, no? Okay, maybe not.

Today would have ended my week long vacation. I got up this morning at o’dark:30 to see what was up and my laptop died. DIED! <sigh> I’m on my DH’s computer right now. No TweetDeck. Just an overwhelming amount of tweets I want to address but don’t see myself sorting without loading an app on my DH’s computer… which would be wrong.

My DH is going to remove my laptop hard drive and do some fancy patch work with duct tape and glue. Hopefully by Friday I’ll be up and running on one of the computers in the house. TweetDeck and I will become good friends again. We’re waiting until the New Year to purchase a new laptop (begin 2012 with a tax write-off). Alright. 🙂 So the real reason I started this blog post. I’m always apprehensive about soliciting reviews. Will the reader like it? hate it? Please don’t hate it. 🙂 Well, the latest review is up for I Loved You First at IndieReader.

4 out of 5 stars. Verdict: I Loved You First is about love, loyalty and acceptance of others, but also of oneself. An encouraging read for young adults. Reviewed by Maya Fleischmann for IndieReader

Woot! You can click on the link to read the entire review here. What are you waiting for? Click!! 🙂